February 3, 1926.  Radio station WKBC, owned by the R. B. Broyles Furniture Company,  debuts in Birmingham, AL.  For 8 years, WKBC would chug along, in near anonymity.  In the Spring of 1934, the sale this radio station would receive very little fanfare, but would prove to be the birth of one of the most successful and popular radio staions in Alabama, if not the Southeast.

In the Spring of 1934, The Birmingham News would buy WKBC, The call letters was changed to reflect the newspaper, South's Greatest Newspaper, WSGN.  WSGN continued broadcasting on 1310 on the dial from the Tutwiler Hotel, until 1941, when WSGN moved to the Dixie Carlton Hotel.  In the move, they upped their power from 100 to 1000 watts, and the transmitter tower was erected at the State Fairgrounds.  Also with this uppage in power, the frequency changed briefly to 1340 on the dial, and in 1941, WSGN settled into thier spot on the dial to which they would occupy for the next 44 years, 610.

In the infancy of WSGN, being owned by The Birmingham News, had it's advantages, such as most of their activity being chronicled in the paper.  Under the direction of General Manager Henry P. Johnston, WSGN had an array of on air talent, and both local and national shows that were showcased on the station.  Steve Cisler was on of the early Program Directors.  In 1938, staff organist Bob McRaney took the reigns of PD.

In the infancy period of WSGN, circa 1937-41, you could find the Morning Jamboree at 6 a.m. each morning during the week to start your day off.  At 7:45 a.m. daily you could hear Joe Ford, and Joe would return at 9 p.m. each weeknight as well.

At 12:15 p.m., Joe Ford would return to host The Maniacs, a 30 minute show.  The 3 Little Pigs, which consisted of the Duncan Sisters, Martha, Mary, and Mildred, had their show in the 7:00 p.m. slot on Monday, Wednesday, and Friday nights.

At 1:30 p.m., and again at 7:30 p.m. each day, the lovely Dixie Lee Southern graced the Birmingham airwaves.  She would appear with the Bob Pope Orchestra.   Tragically, Ms. Southern, real name Miss Florence Bridges, took her own life in 1938.  (Read the story here.) 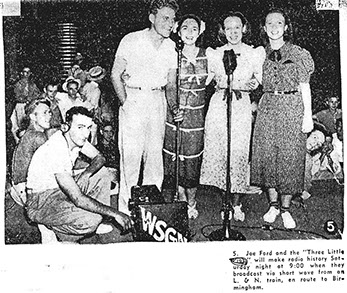 Wednesdays at 2, you could hear Woody Hand, Tuesdays, Thursdays, and Saturdays, at 3:15, was where Jimmie Brown resided.  Tuesdays at 4:15 had the Kiddie Club, Wednesdays at 4:30 featured Lee McArthur,  and the "Music That Words Make" show, and at 4:45 on Tuesdays featured the Levinge Dance Whirl.  On the drive home in Birmingham, we heard George Crumley at 5 p.m., Jerry Bryan at 6 pm., and Lee McArthur returned at 7:30 p.m. with the "Job Clinic" on Tuesdays and Thursdays.  The Forbes Accordion Band was on at 8 p.m., and in 1937 was replaced  with the Plantation Party.   Oliver Naylor and His Orchestra appeared regularly as well during the week.  Ella Steele was on every Thursday night, from 6:45 - 7 p.m. 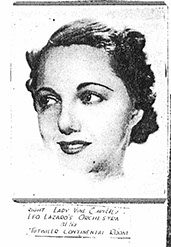 Clarence Cook got the weekend started on Saturdays at 8:15 a.m.  Jimmie Brown had his show at 3:15 p.m.  Barn Dance from the Municipal Auditorium would appear in the 7 - 9 p.m. time slot, with Eddie Carlton following at 9 p.m. 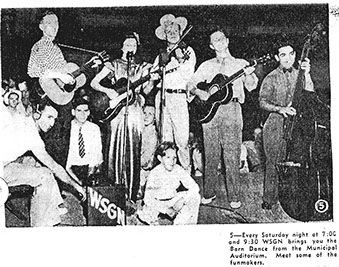 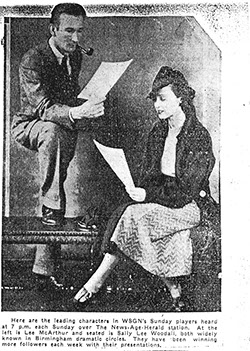 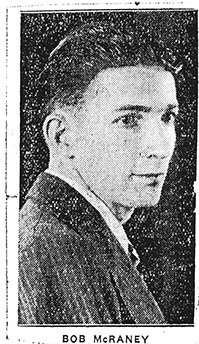 WSGN was off and running with the best on air talent in the South, and some of the best in the country in the first decade of their existence.  But the best was yet to come.